The 25th edition of a show is something that is worth celebrating! After 2 years in the making, the Bla Bla Bla could finally see the day, on December 19th, 2010! As explained in the show, we chose a special emplacement for the set; a place we had never been to before, but a place where the core and soul of what we do lies.

We go back in time a little bit to show you what our vacations under the sun have been made of, and to tell you about the different theme nights we’ve had at the HQ over the holidays! May they be about baseball, about Nick Cave, about the Walking Dead, or the annual Enemies Awards ceremony, they all had a unique side to them and left us with something we will remember for all our lives! We also took time to talk about the previous birthdays we’ve celebrated, as there was no way we could leave aside the infamous Costco cakes!

As this show was all about celebration, we also talked about the recent release of the album “Between Illness And Migration” in Europe, about its reception by all of you and by the media. Positive reviews have abounded, and many radio stations have adopted the gong as well! And as singles keep being released in Canada, Canadians embrace the album more and more as well!

We couldn’t do a Bla Bla Bla without talking about the live concerts we’ve had since the previous editions either… Get ready to travel to NYC, over all of Europe with the “Shadows of Dreams to Come” tour, and to Quebec City as we unveil the schedule of a special YFE Family weekend!

The band members also talked about human rights, something they hold very close to their hearts. In light of the recent events that happened in France and with the situation of Raif Badawi in the moment, they all felt it was important to do something.

Finally, we talked about the SFCC. With the yearly membership packages having been sent out and all of you receiving them, we couldn’t avoid the topic! What’s more, we sent all of the members a special invitation to a “Bad Date for Good People”. 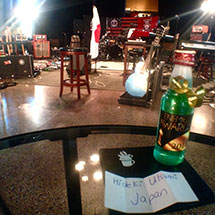 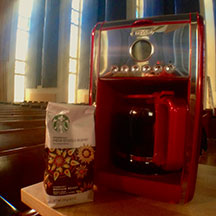