And they said we were crazy… We only are a family!
Loading...

First edition of 2014, the 20th episode of the Bla Bla Bla: The Live Show took place only a few days before the band members left on their tour “From Upper Room To Higher Sky”. It was however super important for all of us to gather with all of you before leaving for a 2-month long tour!

The show opened with stories from the band’s holidays in the sun… When you think of Dominican Republic, palm trees and beach, you usually think relaxation, don’t you? Well, not exactly, no… 😉 Then followed stories from the band’s Christmas & New Year holidays… But they were not exactly your traditional ones. Anybody would have thought it was a Halloween party before anything else…! Of course, Sef occupied a very special section of the Bla Bla Bla, as the man himself created his own perfume and tested it just for us. It might still require some work, but you can judge by yourself!

We then talked about the SFCC, a huge celebration for us as the membership packages have been shipped a little earlier in the month! There’s also been a lot of action on the community recently, so we brought you behind the scenes. The band members then proceeded to a very unique gift exchange, a gift exchange that touched us, made us laugh, and where Sef has been himself… Sef!

We then talked in details about the upcoming tour, “From Upper Room To Higher Sky”, explaining the meaning of the title, describing the different artwork that has been used to represent the tour through posters, t-shirts & tote bags, telling us about a university tour that they will be doing. We also showed 2 videos of the band rehearsing an acoustic version of the song Where Did We Lose Each Other, as well as a totally new song, never heard anywhere else before!

We ended the show talking about the upcoming releases for the band… an EP in France, the album “Between Illness And Migration” in Canada, and a special release for the song “The Power of the Heart”.

Words can however not describe everything that happened during the show, the uncontrollable bursts of laughter we had, and the meaningful discussions… Watch it for yourself, and let us know your impressions! 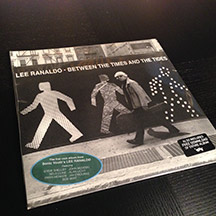 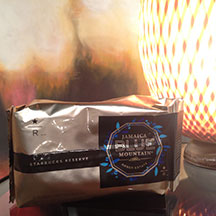