A few days before leaving on their tour “Outside It’s America – Where Dreams Hang In Wonders”, the members of Your Favorite Enemies took the time to welcome you all to the 27th edition of the Bla Bla Bla: The Live Show. Not much time had gone since the last edition, but a lot of things were waiting to be shared! From daily moments at the YFE HQ, with the April Fools’ pranks being a notable event, but also, and most especially, the beginning of the baseball season. In case you’re new to the YFE universe, you’ll learn how much of baseball fans the guys are. Not a game is missed, no matter the circumstances!

We also talked in depth about the band’s recent concert in Quebec City, and especially about the live version of the song “Old Noisy Friend”, that turned into what we can call a real “moment” through the let go the guys now have on stage. Alex’s visit to “Tout le monde en parle”, French Canada’s biggest talk show, the band’s presence at the Juno Awards 2015 for the nomination of their album “Between Illness And Migration” as “Rock Album of the Year”, new studio sessions, new releases, and the upcoming tour… This Bla Bla Bla will leave you entertained while telling you all you want to know about Your Favorite Enemies! 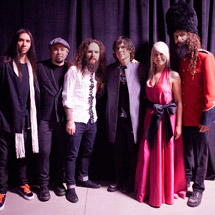 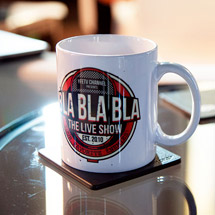