Coming back from an extensive 2-month tour in the UK, and a few days before leaving for a tour in China, Your Favorite Enemies were back on the set of the Bla Bla Bla: The Live Show. No matter how much of a busy and tight schedule they had before leaving, it was important for them to spend that precious time with you all before hitting the road again again!

We opened the 21st edition of the show with news about what happened in the 3 weeks we spent home. Wait. 3 weeks only? With all this happening? Yes, it’s possible… Welcome to YFE’s universe! It’s while getting ready for the Bla Bla Bla that we realized just how much happened in such a short time. Baseball season starting, Walking Dead madness, Fear Shots, April Fails (and that’s only a very few ones!).

Followed tour anecdotes, never heard before stories and pictures, and stories from the different concerts we did, in Cannes, during the “Coffee House Sessions” acoustic tour, and the electric tour “From Upper Room To Higher Sky”, where every day became a significant part of the band’s history and of who we are as individuals.

We then talked of the upcoming shows, with a China tour that was about to begin a few days after the Bla Bla Bla live broadcast, and the Canadian Music Week announcement, where we will once again all gather in Toronto for a YFE Family special moment! Concerts are not the only thing coming up for the band, as an EP titled “Entre Marées Et Autres Ressacs” is due out in France on April 21st, and the album “Between Illness And Migration” will be released on May 20th in Canada. Talking about that album, we also celebrated the 1st anniversary of its release in Japan, first country where it has been released.

And a Bla Bla Bla would not be complete without talking of the SFCC, the band’s official fan club… There has been so much happening on there, it’s so lively and inspiring, we just couldn’t miss the opportunity to share that with you!

Thank you once again for making this edition of the Bla Bla Bla: The Live Show an unforgettable one! We will see you for the next one in June 2014. The exact date still has to be announced, so stay tuned for more details! 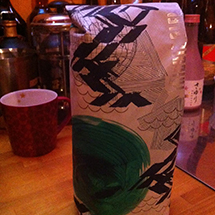