The 26th edition brought with it more meaningful moments than we can count! From romantic dates (from Sef’s point of view at least!) for Valentine’s Day to the Are You Hockey celebration we had for Jeff’s birthday, up until Sef introduced us to the very special something he was getting ready for us for his own birthday (as if we’d believe it wasn’t all about him…!), to the concert we did at the YFE HQ and the new t-shirt for the concert in Quebec City on March 7th, to seeing the reaction of the band members when they learned that “Between Illness And Migration” was in nomination for “Rock Album of the Year” at the Junos 2015 and when we invited you to be a part of it through a whole weekend of broadcasts on the band’s fan club, the SFCC, to the announcement of the release of “Between Illness And Migration” in India and of a North American tour, to the moment we invited you to write letters to the Badawi family to show them our love and support & explained the meaning behind the new t-shirt “One – Beyond The Dream” and showed the pocket square created to honor the life of those who died during the Tohoku earthquake in Japan in 2011…

Words simply can’t describe what the Bla Bla Bla exactly is about, and this one has been a very special one! Thanks to each and everyone of you for making it so unique by sharing and shaping the moment with us! 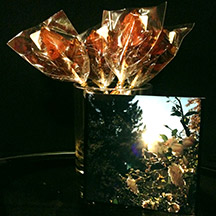 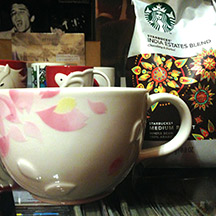